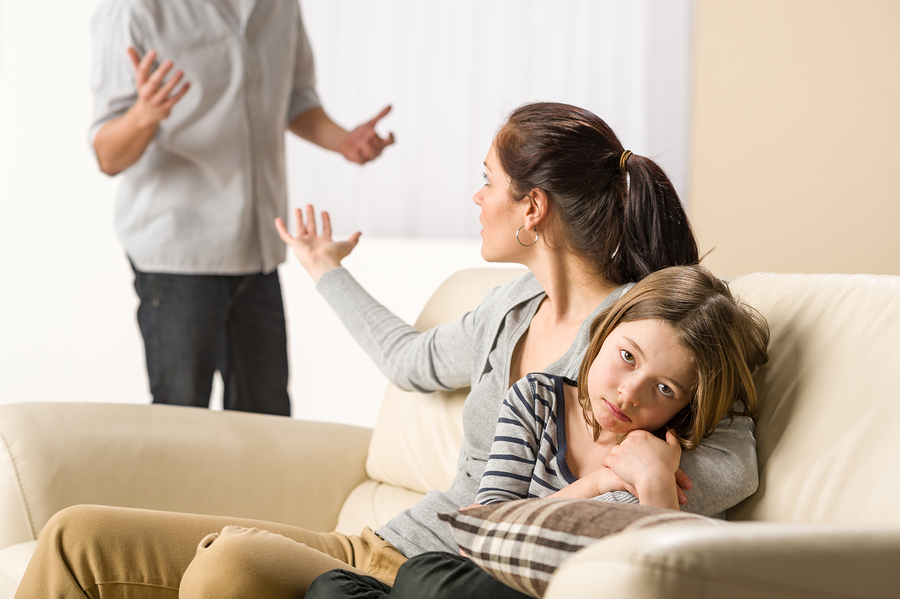 Communicating about your children with your co-parent who is either your ex-spouse or significant other is never an easy thing to do.  Parents who do communicate successfully, keep their children as the focus of their communications and they respect each other as parents and individuals.

So, if communicating about children is difficult for all separated couples, how do parents who have experienced domestic violence communicate?

Part of domestic violence is a significant power imbalance between the two parents.  Typically, there is one person in the relationship that dominates the other in every aspect not just in parenting.

Therefore, how do we expect the victim of the relationship to successfully co-parent with their perpetrator who they have left due to their controlling behaviour?

Unfortunately, there is no magic solution for the power imbalance. The perpetrator's behaviours are not about to stop after separation and often they get far worse as their power over another has been disrupted due to the separation and many will do horrid things to gain back their domination.  This includes controlling the other in co-parenting.

We at Our Children Australia can not change the way parents speak to each other, however, we can suggest three tips to try and elevate some of the controlling behaviours when communicating with your co-parent.

1)      Insist on using Our Children Australia to communicate with your co-parent, especially if you have been court ordered to do so.  This gives both parents the opportunity to control when they read the messages from the other parent and slowing the rate of communication down when necessary.

2)      Because all of the messages on Our Children Australia can not be deleted, we find this helps to eliminate or limit abusive language.  This is because perpetrators of domestic violence typically do not want outside people to know the true extent of their abusive behaviours.

3)      The calendar on Our Children Australia is a great way to keep things simple.  Events can not be manipulated without it being documented and it is a great tool to limit the need to have unnecessary communication between the parents because both parents can see the same information as the other.

There is no magic wand to fix the real power and control issues that continue after a person leaves a domestic violent relationship and when they need to co-parent about the children.  But Our Children Australia understands the struggle and provides a safe online platform that gives both parents the same opportunity to communicate in a respectful manner and keep their communication focused on the children.

The vision of Our Children Australia is for both parents to learn through using the online platform to communicate in an efficient manner that is ALWAYS focused on the children and eventually the abusive and victim behaviours subside and a more equal style of communication develops.  For the sake of the children!