Did they really just say that? 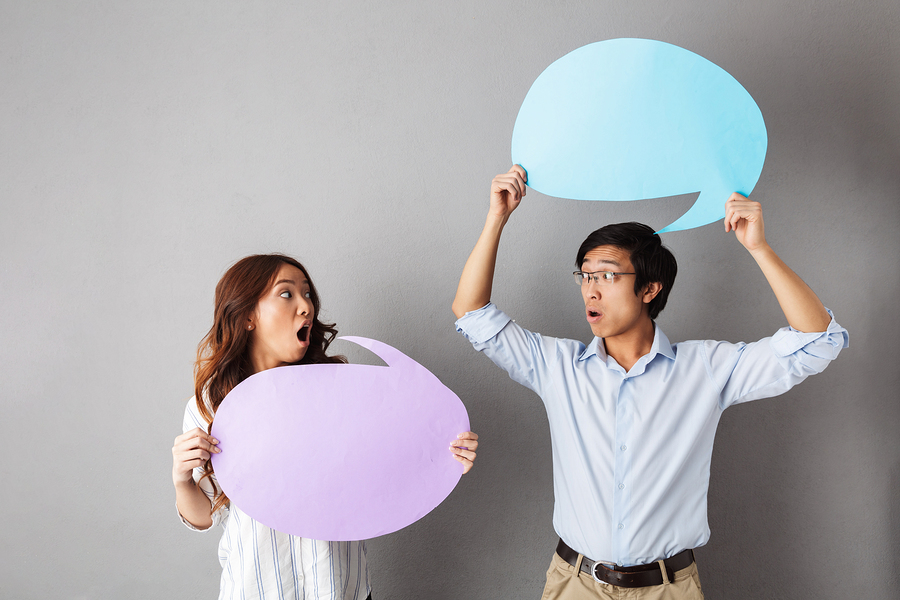 Have you ever found yourself in the midst of a conversation asking yourself “did they really just say that?”?  Most people have.

But what are you questioning?  Is it the words that were spoken or the meaning you attached to the words?  You see, during any conversation the messages that are being conveyed are not just the words that are spoken but the meaning the receiver attaches to those words.  It can be hard to distinguish between the two, especially when you are in the conversation and emotions take over.  If you remove the emotions though, it is no different to wanting to ask a girlfriend if she is pregnant?  On a normal day this is a social etiquette no go zone because the underlying message that is being received is that you think they have put on weight.  In reality this may not be what you are thinking at all, but this can be the first place a person jumps to when asked that question.

This is no different to any other conversation we have every other day of the week, even with an ex.  If you stop to think about the time you and your ex were in a relationship; can you recall a time they told you they were running late?  Now stop to think about how you reacted to that?  I am guessing that the first time they called to tell you they were running late you were ok with this, you justified it to yourself somehow.  Now if they call and tell you that they are running late how do you react?  Do you find yourself getting frustrated?  The message is the same, the context and meaning you are giving it though is different.  It isn’t wrong, it is just different.

Miscommunication happens daily across the world.  We will not eradicate it.  We are human.  The point however, is to self identify when you are getting frustrated or angry and ask yourself why?  What did they say and what did you hear?  When you find yourself in this situation the best thing you can do is to say back to them what you heard to make sure that you did understand correctly and, more importantly that you aren't addiing additional meaning to an otherwise simple message.  For example, if your ex calls to tell you that they are running late to pick up the kids; don’t immediately jump to conclusions that they are running late because they don’t care about your plans or disappointing the children.  Ask the question “So what I heard you say is that you are running late because …….” then let them clarify.  Perhaps there was a traffic crash, they got caught in a meeting at work or maybe life just got in the way.  You will never know the answer, but chances are it will be different to what you are telling yourself.

Mediation is a great way to resolve miscommunication issues that have errupted and unable to be resolved.  Meditaion doesn't have to be about huge issues, done well you can use mediation for the discreet issues that arise over the course of your relationship.  It is a great tool to use to help solve the issues before they become inflamed and cause more, unwanted and unncessary damage.